– Daniil, congratulations! You are into the final! What a match that was – it was such a tactical match as well you said that you would have to play your best tennis in order to beat Rafa (Nadal) how close to your best were you?
– Uh, yeah thanks a lot! I mean tough to say because I felt really strange, uh, till 5/4 for him in the second set when he was serving for the match I felt like I was doing great shots, but there was no link in my game and that’s why I was losing. He was better in important moments, I couldn’t return in important moments, I couldn’t make a good shot actually in important moments, and I decided to change some small things just be close or going for it a little bit more, because I felt like I had the chances to win before some games, set maybe but it didn’t work, so I had to change and it worked really well and I’m really happy about it.

– And to win this title you play Dominic Thiem, you’re going to have to win this the hard way, aren’t you? You’re beating the top three players in the world. – Yeah, Dominic is playing amazing right now already in US Open when I lost against him (in semi-final, Sep 2020) – after the match I was sitting in the locker and I was like I was playing good this match, but didn’t manage to do it. He won his first Grand Slam and I practiced also with him two times, first two times on centre court was with him – we had the good rallies, uh, was a really good level of tennis and I said to my coach “He can go far here”. I don’t know if he said the same stuff like this but I’m going to see him tomorrow looking forward to it – can’t wait.

– Thank you, congratulations!
– Thanks

Watch the first Daniil’s final at ATP Finals against Dominic Thiem already today at 18:00 (London time) on eurosportplayer.com !
watch the highlights of the match: 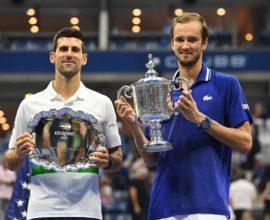 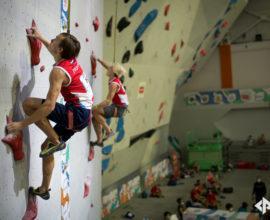 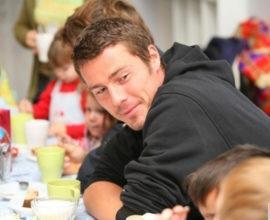 Marat Safin: Parents have to recognize what gift their child has