This day, 11 November, back in 1821, Fyodor Dostoevsky was born in Moscow in the family of an army doctor  who worked at a hospital for the poor. 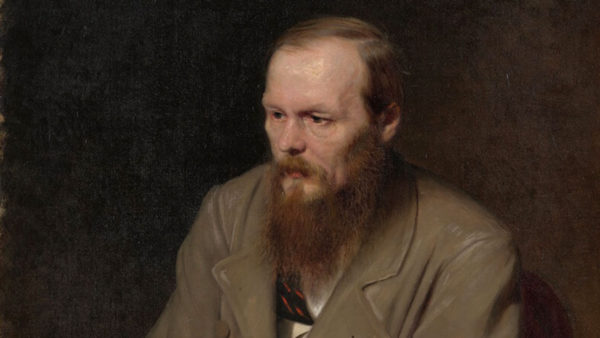 After finishing school in Moscow, Dostoevsky joined the army and studied engineering in St. Petersburg, where he was captivated — or perhaps invented — the city’s dark allure. He published his first novel, “Poor Folk,” in 1845. Four years later he was arrested for being in a literary club that discussed banned books critical of the authorities; he was sentenced to death, but the sentence was commuted just moments before he was to be shot. He spent four years in a prison camp and another six years of compulsory military service.

Dostoevsky worked as a journalist and publisher; he traveled through Europe; he gambled addictively. And he wrote. In the end he produced 12 novels, four novellas, more than a dozen short stories, and reams of non-fiction, journalism, and other prose, most of which explored human psychology, theology, illness, and some of the darkest acts and inclinations that human beings have. 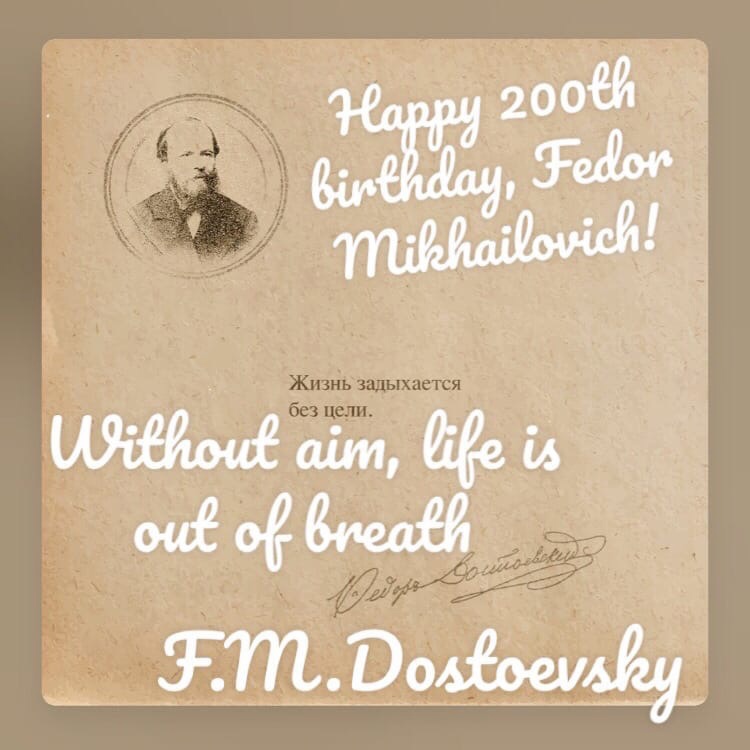 He is one of Russia’s greatest writers, and his bicentenary has been marked and celebrated all around Russia for most of 2021 with almost every city and province holding exhibitions, new or revived theatrical productions, talks and lectures, and even special restaurant menus.

Here are a few ways that his legacy is being honored this year.

There is a special action in VK (Russian Facebook) – https://vk.com/sharing#22330

In St. Petersburg  in addition to dozens of talks, lectures, quests, and discussions in libraries and schools, you can see five different theatrical productions, including “Rodion’s Attic” based on “Crime and Punishment” (billed as how Roskolnikov broke bad); several exhibitions, notably one of images of and from Dostoevsky in art held in the Russian Museum; and a revamped permanent exhibition at the Dostoevsky Museum.  More information here. A conference called “Dostoevsky and World Culture” is being held at Pushkin House; you can watch the plenary session on YouTube. On Nov. 12 an exhibition “I am Dostoevsky” opens at the Mikhailov Palace.

In Moscow at Moscow House of Dostoevsky Museum – the apartment at the Mariinsky Hospital for the Poor where the writer lived 1823-1837– you can take a virtual tour.  The museum space has remained unchanged: no walls were removed or changed over the last 200 years, and even the heating stoves are the same ones used when Dostoevsky was a boy.

Moskino is showing six films of Dostoevsky’s works at theaters in the capital. You might not be able to see them, but do check out the film notes and look for them on other platforms. The Ilya Glazunov Museum is holding an offline and online exhibition of Glazunov’s paintings of works by Dostoevsky.

The website culture.ru has made five versions of works by Dostoevsky available online. The films, series and theatrical productions were made from 1973 (“The Village of Stepanchikovo” performed at the Gorky Theater in Moscow) to “Demons” made in 2014 and starring Sergei Makovetsky. They also mention Akira Kurosawa’s 1951 film “The Idiot,” but don’t provide a link. Most noteworthy is the  2003 television series of “The Idiot,” directed by Vladimir Bortko, who has a knack for historical dramas, and a truly all-star cast including Yevgeny Mironov, Vladimir Mashkov, Inna Churikova and Oleg Basilashvili. All free. To start watching, see the site here. If you have trouble logging on, try YouTube.

Listen to works by Dostoevsky

To mark the 200th anniversary of his birth, Kate Holland (University of Toronto) co-edited a new book, Dostoevsky at 200: The Novel in Modernity, with Katherine Bowers, an associate professor at the University of British Columbia.

It’s a collection of 10 scholarly essays written by international academics, including one by Holland. They examine how Dostoevsky’s novels explore the clashes between science, capitalism, materialism and technology with traditional cultural, religious and family values. 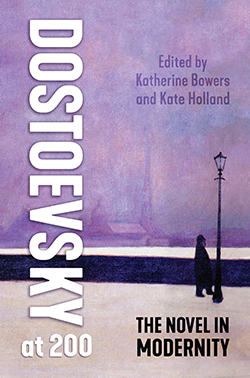 “I was particularly interested doing an edited volume, because that way, you can choose the scholars whose work most appeals,” Holland says. “It’s mostly quite young, emerging scholars. We didn’t want to go straight to the reigning monarchs of the field because there are a lot of exciting young scholars in Dostoevsky studies right now.”

Holland’s essay is about the dying art of slapping people in the face as a response to being insulted or offended – a common Dostoevskian literary gesture – and its subsequent invitation to a duel. She examines how old forms and codes of behaviour in Dostoevsky’s universe, such as slapping and bowing, were breaking down amid an evolving culture.

Holland wanted the essay collection to focus on Dostoevsky as a writer of modernity because she’s intrigued with how he tackled big questions about the future. He is regarded as one of the first European writers to raise concerns about science, technology and how the world was rapidly changing amid shifting political, social and spiritual atmospheres.

“Dostoevsky is one of the first 19th century Russian writers to struggle with what technology means,” Holland says. “For example, his novel The Idiot opens on a train. What does it mean to go from traveling in a horse and carriage to traveling by train? The train is a metaphor for what happens to Russian cultural and social life in this period.”

He also questioned the validity of new and emerging areas of science such as statistics.

“There was a view about statistics that if you had enough data, you’d be able to explain everything,” says Holland. “Dostoevsky was very dubious about different types of claims that science was making.”

Holland found it ironic that much of the book was created over the COVID-19 pandemic, a recent example of the world suddenly changing, paired with an acceleration of technology.

“There’s an appropriateness to it,” Holland says. “In Dostoevsky’s novels, there’s always a lot of fear about the future. Who could have guessed we would all be communicating via technology and that it would be the only way we’re able to conduct a conversation with friends and family?”

In addition to the book’s launch this summer, Holland and Bowers have organized several online events such as a roundtable discussion of Dostoevsky at 200 earlier this fall that attracted 80 students and scholars. It was part of a series of events to mark Dostoevsky’s bicentenary, co-hosted by the department of Slavic languages and literatures and the North American Dostoevsky Society and supported by a SSHRC Connection Grant.

For Dostoevsky’s 200th birthday, a special online party is planned. “We’ve put out a call for creative projects – performances, videos, stories, poems inspired by Dostoevsky’s works. Other talks, panels and roundtables will take place later this year and in early 2022.

“In a way Dostoevsky would be horrified,” says Holland of these digital celebrations. “One of his criticisms of modernity was that it was atomizing – everybody would be divided into individuals and that one of the problems of modernity is the breakdown of old senses of community.

“But at the same time, his ideas about modernity are double-edged. He also dreams that out of that brokenness, out of that atomization, something better might be able to be achieved.”

In other words, Holland believes he might applaud the creation of online communities meeting on Zoom from around the world to celebrate his work.

With physical distancing easing, Holland is overjoyed to be teaching her students in person again, as there’s no substitute for witnessing Dostoevsky’s profound impact in the classroom.

“Dostoevsky was able to portray some of the questions teenagers have about themselves in the world,” Holland says.

“Students get into him so much. Some of his characters, like the protagonist from Notes from the Underground, is an extremely unappealing character. But he also gets under your skin in a way, especially if you’re 19 or 20. Students will tell me they’re so into his text.

“That’s why I feel it’s an extraordinary privilege to study and to teach Dostoevsky, and to be able to have this connection with students.” 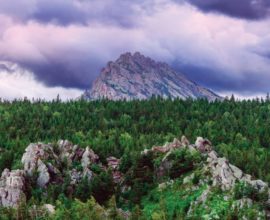 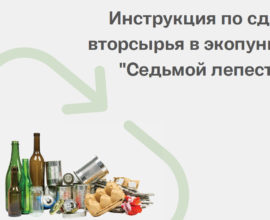 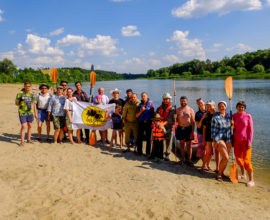